Unless you live in a cave and require one of these

to wake you up (yes, that is a Pokeflute, deal with it) then you’ve probably heard all about the Sky Sports sexism row.

In short, two overpaid individuals – lets refer to them in shorthand as Gropey and Dopey – decided to degrade a number of individuals, all of whom were fully qualified to hold their positions in the football world, or in the case of Louise Glass (see below), were just innocents. In light of this ridiculous stain on female capability and capacity, I do feel personally victimised.

Overreaction? You may think so, but as a sort-of-half-feminist I do find it troubling that so many sports professionals and fans gave come out in support of Gray and Keys, providing anecdotes of their “good work” in order to vindicate them…all in spite of the nature of their conduct. Replace the objects of their attack for a homogynous racial/national group, and (rightly) it would be the same type of racism which has plagued the sport for years. So, why is the defamation of women any different? Attacking people for reasons of biological predisposition and social “order” and “power relationships” is as primitive and vulgar as racism, but it seems that sexism is usually discounted because its so commonplace and usually relatively benign.

The semantics of everyday life lend themselves to the 1000 BC power relations, despite the day and age we inhabit. It literally is a man’s world, but generally that’s fine, we can deal with the reminders of ‘the way it used to be’ because to do otherwise would be madness. We can’t revise the OED in its entirety, re-write history (herstory?) and Dickens and rename manholes, but we can look towards the less benign elements, i.e.: the gross physicality with which female sexuality is described. Women are still described as “blonde”, “buxom” or “single” in seemingly irrelavnt circumstances. You know the woman who Lord Strathclyde “romped” with? Yup, she was blonde, buxom and single. Oh, and she was a single mother. Bonus points for the prude patrol there. “Single” is inter alia just a  way of implying all kinds of promiscuous, careless, non-virtous things. So, the media plays a game of quid pro quo…shame a government official and also shame his mistress to! Of course, being a poor single mother who lives above a chip shop, Birgit Cunningham was unlikely to turn down tabloid money to talk about her sex life with the peer in her flat above a chip shop. See how this humiliating strategy works? In fact, I might go and re-write that Dickens novel on second thoughts. Calling Ms Cunningham a homewrecker assumes that the Lord was truly the man of the house…

I digress. Then there’s the little things. Facebook pages have sprung up in recent years commanding women to get back to the kitchen and make sandwiches/do the washing up/perform sexual acts on men in between their endless gaming sessions.

Facebook pages are hardly the next Communist manifesto, however with so much virtual support garnered for these ‘niche’, ‘ironic’ views it seems that laughing AT women has never been so popular. Oh, just make sure you call it banter.

Of course some women don’t help themselves… 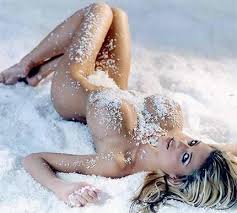 …however, the Gray/Keys situation is thus much less innocuous than the media outlets which are going into ‘3 the Sky Sports 2’ mode would like us to believe. Blame it on a Madonna-Whore complex or whatever, but the fact that these men have the support of their wives doesn’t absolve them of their disgusting behaviour. That aforementioned banter is apparently of the “lads mag” sort. So thanks for helping to advance sexist views to the next generation as well, along with openly misogynist individuals like Danny Dyer who also claim to be “just kidding”.

Case in point 1: Gray and Keys ponder over why assistant referee (operant word there being referee) Sian Massey can understand the offside rule. Perhaps because she’s a q-u-a-l-i-f-i-e-d sporting professional, lads? The bitter twosome also made bitchy remarks about successful businesswoman and Apprentice judge Karren Brady.

Case in point 2: In footage which has only come to light as a result of the comments about Mss. Massey and Brady, perv Gray asks co-presenter Charlotte Jackson for some suggestive help. Classy content as always… Ms Jackson’s nervous giggle will act as a key part of Gray’s defence. Apparently an (obviously tense) smile at a lewd comment from a station heavyweight is a get out of jail card for dirty old men everywhere.

Case in point 3: Keys embarrasses himself with vulgar, dated sexist immaturity which isn’t even thinly-veiled enough to qualify as innuendo. Worse still, the woman at the centre of is a completely random muggle so can’t hide from the public humiliation. But hoorah, common sense prevailed, she’s suing BSkyB!

…so, my question is this. What can the FA do about sexism in football? Should we just accept that the culture of the sport facilitates such problems as this scandal? Ok, perhaps that’s more than one question but whatever. In addition to these questions, should we also be ignoring sexist comments in the media/social media spheres? I’m not talking about some crazy, Utopian equality which can suddenly erase the past and all those rude Facebook pages, but give us a break. Eve caused the fall yadee yah yah, but “keeping women in their place” seems to show a lot more about the type of males our society is producing. Moreover, moving back to Gray and Keys, mourning the loss of a seven-figure salary shouldn’t mean that these men’s wives are desensitised to the real problem here. It’s a game of two halves, and they should be wholeheartedly behind the girls. Family ties and patriarchy are so 50s.

Here come the girls: 5 Forgotten Favourites from the femmes*

– Post-binary gender chores is the chant du jour. – Question the relationship a bit Man and Machine a little bit with this as a cynical soundtrack. – ignore the Omen-esque boy and the cake iced with “All Hail Me”. It’s purposely creepy but a powerful anthem. – best Madonna song. Subjective, moi? – had this on loop at the age of 14. J Pearl appearing on Gossip Girl didn’t devalue the Adventurous quality of this debut.

*you can get them all in a Spotify playlist here, apart from All Hail Me which for some crazy copyright reasons was probaly only available in the 90s as some import 45″ from Asia.

VBS.tv is releasing a new part of Teenage Riot each day this week. The story starts here, with the “siege of Millbank” and escalates through the week. Quality documentary, as diverse perspectives focus the debate around insightful and saddening questions of education and politics.

View all posts by crystaltipps

Error: Twitter did not respond. Please wait a few minutes and refresh this page.

Archive (aka my old blog)